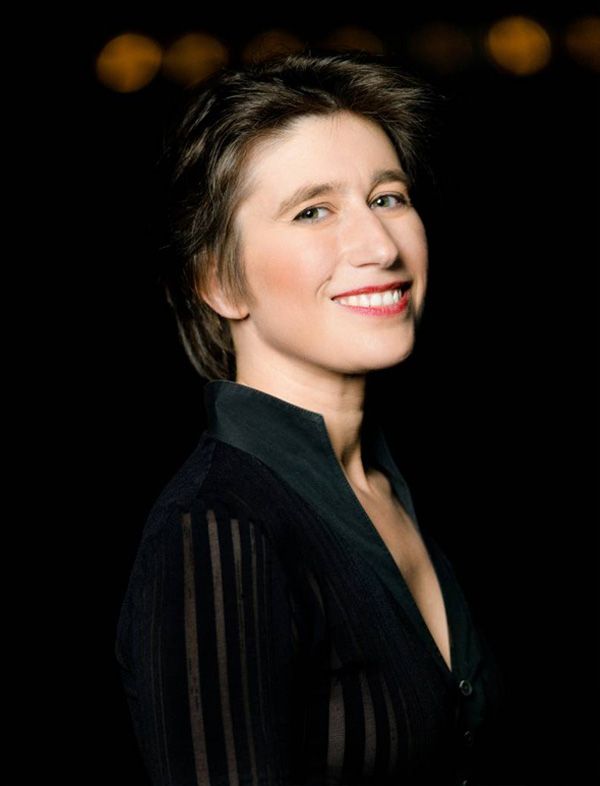 Anne Le Bozec has rapidly established herself as one of the leading pianists and accompanists of her generation, playing with major artists in Europe, North and South America and Asia. After she graduated from the CNSM de Paris in piano, vocal accompaniment and chamber music, she proceeded to Hartmut Höll's renowned Lieder Diploma in Karlsruhe, and shortly afterwards established the first French mélodie class in a German Hochschule. As well as receiving bursaries from French, German und European foundations, she won major prizes in international competitions for solo piano, Lied and chamber music, among them the Nadia and Lili Boulanger Competition in Paris and the Schubert und die Moderne Wettbewerb in Graz.
Anne Le Bozec has attracted critival acclaim for her CDs of songs by Schubert, Mahler, Wolf, Duparc, Szymanowski, french chamber music for violine, cello or flute, the complete Beethoven cello sonatas with the distinguished cellist Alain Meunier as well as her album Shakespeare Songs with Isabelle Druet. Five recordings feature pieces from and around the First World War. She performs regulary together with Sabine Devieilhe, Janina Baechle, Cyrille Dubois, Marc Mauillon, Christian Immler, and many other singers.
Anne Le Bozec is currently Professeur of vocal accompaniment at the Conservatoire National Superieur de Paris. She is the founder of the chamber music festival Fêtes Musicales de l’Aubrac. 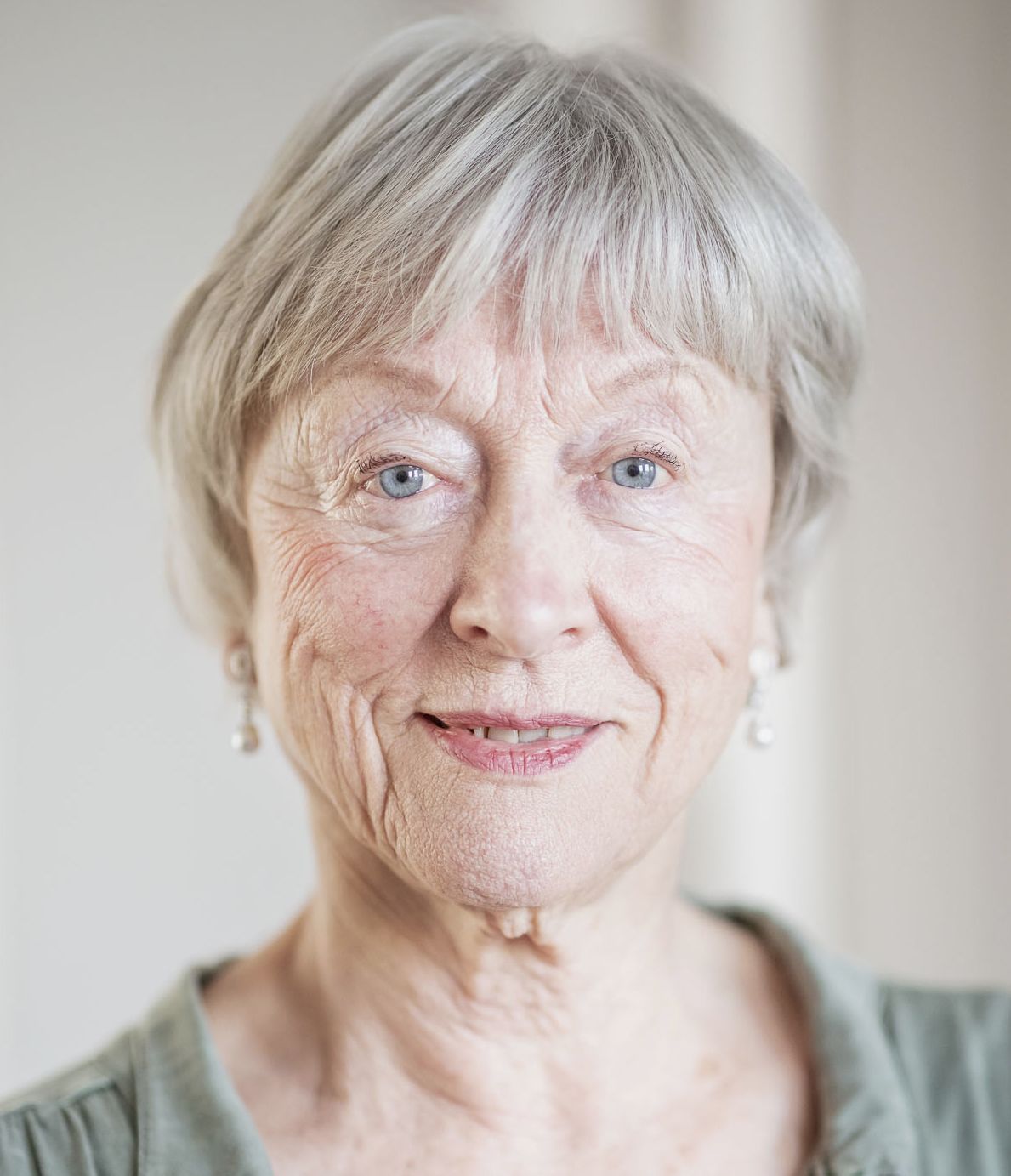 The Dutch soprano Margreet Honig studied with Annie Hermes and Corrie Bijster at the Conservatory of Amsterdam. Then she went to the United States with Evelyne Lear for further studies and dedicated herself to the french repertoire in Paris under the guidance of Pierre Bernac. She gave many recitals with pianist Rudolf Jansen and has recorded with him and the Radio Chamber Orchestra (conducted by Kenneth Montgomery).
The last 30 years, she dedicated herself to pedagogical aspects of singing. She worked many years at the Rotterdam Conservatory and at the Sweelink Conservatory in Amsterdam. She is regularly invited for masterclasses and interpretation courses in Europe and United States; a.o. she taught at the Conservatory's of Zürich, Basel, Stuttgart, Hamburg and Versailles, at the Conservatoire National Supérieur de Paris, the Académie du Festival Aix en Provence, the Royal Academy in London and the Curtis Institute in Philidelphia. She also works regularly at the operastudios of Munchen, Basel and Latvia.
Many students from all around the world have found the way to famous stages with the help of Margreet Honig. She gained a worldwide reputation by being a vocal coach to many singers who are now following a great career. 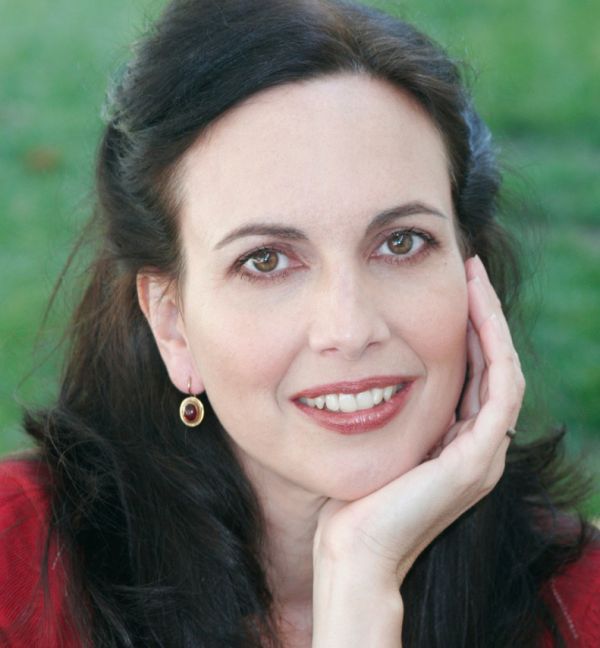 She is most well known for her interpretations of Mozart’s Pamina, Contessa Almaviva, Elettra, and Fiordiligi, as well as Handel’s Agrippina, which she has sung with such conductors as Christopher Hogwood, Mark Minkowski, Emmanuelle Haïm and Jérémie Rhorer.  She has been heard in these roles at the Wiener Staatsoper, Bayerische Staatsoper, Deutsche Oper Berlin and as a regular guest of the Oper Zürich, Theâtre des Champs-Élysées, Oper Frankfurt, Deutsche Oper am Rhein, Houston Grand Opera, Teatro São Carlos.  A celebrated concert artist, she has appeared with such leading orchestras as the Boston Symphony, Chicago Symphony, Bayerische Rundfunk,  Berliner Philharmoniker, Münchner Philharmoniker, RSO Wien under such conductors as Hartmut Haenchen, Helmuth Rilling, Phillipe Herreweghe, Jean-Christoph Spinosi, John Elliot Gardiner, Betrand de Billy and Rafael Frühbeck de Burgos, Lorin Maazel, and Michael Gielen.  In the Netherlands, she was a regular guest at the  Nederlandse Opera, Het Residentie Orkest, and enjozyed a 15-year collaboration with the Nederlands Philharmonisch Orkest.

She is a professor of voice at the Hochschule für Musik Würzburg. 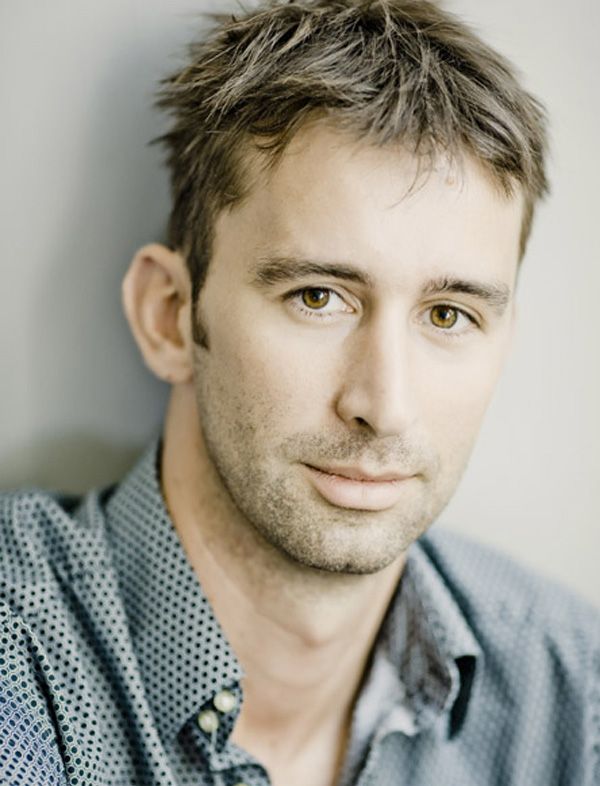 Dutch baritone Henk Neven is one of the most exciting song interpreters of his generation, having made regular appearances at the Wigmore Hall, Concertgebouw and the BBC Proms, and is equally at home on the operatic stage. A recipient of the Borletti-Buitoni Trust Fellowship, he was a member of the prestigious BBC Radio 3 New Generation Artists Scheme. In 2011 Henk Neven received the Dutch Music Prize. He plays leading roles in operas from Monteverdi to Messiaen with companies such as the Staatsoper Berlin, the Opéra National de Paris, De Munt in Brussels and De Nationale Opera in Amsterdam. With the Orchestra of the Eighteenth Century the baritone was in the Great Hall, among others from Het Concertgebouw, previously to be heard as Il Conte d’Almaviva in Mozart's Le nozze di Figaro (2015) and as Publio in his La clemenza di Tito (2017). He gave song recitals several times in Wigmore Hall in London and in the Kleine Zaal van Het Concertgebouw, and he has soloed with, for example, the Royal Concertgebouw Orchestra, the Rotterdam Philharmonic Orchestra, the Residentie Orchestra, the Dutch Bach Society, the Orchestra of the Age of Enlightenment and Les Talens Lyriques. In 2017 Henk Neven's latest CD was released, entitled From Russia with Love and recorded with his brother, cellist Jan Bastiaan Neven, and pianist Hans Eijsackers. 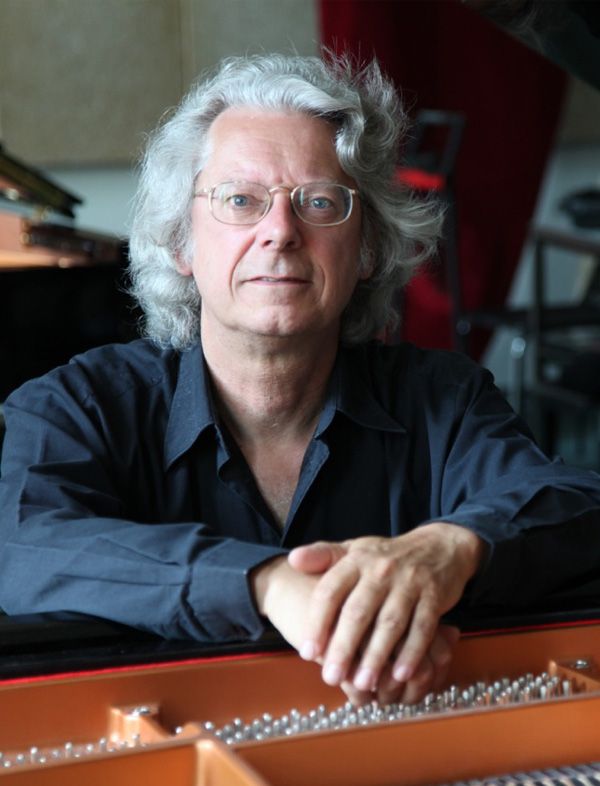 Marien van Nieukerken has worked with many renowned singers, including Hein Meens, Johannette Zomer, Claudia Patacca and the legendary Guus Hoekman. He has accompanied Lieder recitals at the Mozarteum in Salzburg, Carnegie Hall in New York, the Concertgebouw in Amsterdam, and countless other venues throughout Europe, the United States, Canada and Japan. He has accompanied master classes taught by Elisabeth Schwarzkopf, Cora Canne Meijer, Jard van Nes and David Wilson-Johnson, amongst others. Marien van Nieukerken has contributed to a large number of radio, cd and television recordings. Marien van Nieukerken was founding Artistic Director of the International Student LiedDuo Competition, a position he held from 2009 until 2017. Van Nieukerken worked for many years as a vocal coach at the Amsterdam Conservatory, the Royal Conservatory in The Hague and the ArteZ Conservatory. In addition, he was professor for Lieder accompaniment and director of the Lieder class at the Artez Conservatory as well as the Amsterdam Conservatory. 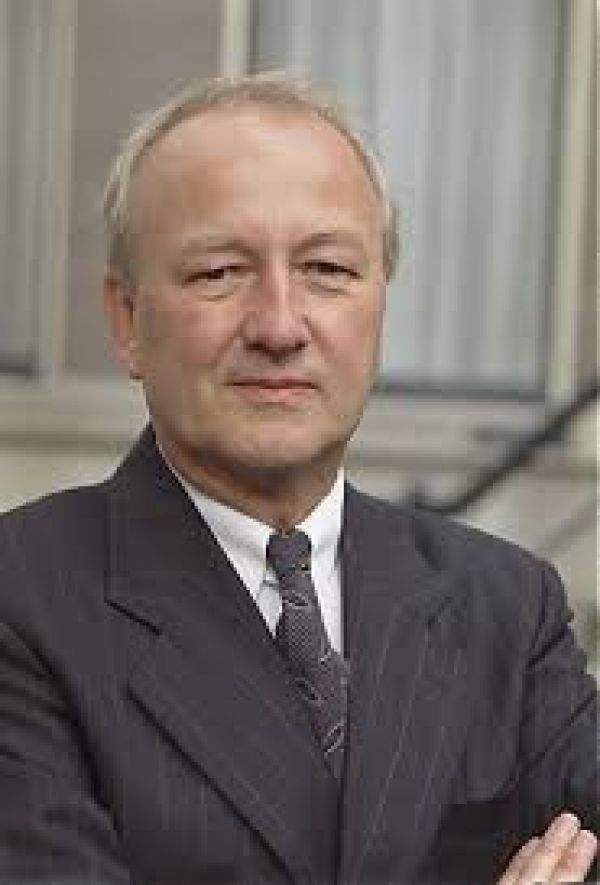 Ad ’s-Gravesande studied horn and piano at the Aachen Conservatory (BRD) and political science at the University of Amsterdam. He worked for a number of public broadcasters, including from 1970 for VPRO television. From 1984 to 1991 he was artistic director of the Holland Festival. He was director of the Dutch Film and Television Academy and member of the management team of the Amsterdam School of the Arts. From 1999 to 2005 he was Media Director of the AVRO. He then worked as an interim manager and merged a.o. the Asko and Schönberg ensembles into Asko|Schönberg. From 2009, 's-Gravesande was intendant/director of the international manifestation Jheronimus Bosch 500 to commemorate the painter's 500th anniversary in 2016. He was active on the policy level, among other things, as a member of the advisory boards of the Dutch Film Fund and the Institute for Sound and Vision and as chairman of foundations such as Nieuw Ensemble, November Music, Kunsten92 and C, broadcaster for art and culture. 'S-Gravesande was a member of the Supervisory Board of De Doelen Concert and Congress Building, is a board member of the Liszt Competition, vice-chairman of the southern Netherlands philharmonic, chairman of the Orlando Festival and the PAN Amsterdam art fair. Ad 's-Gravesande is chairman of the advisory committee of the Dutch Music Prize. 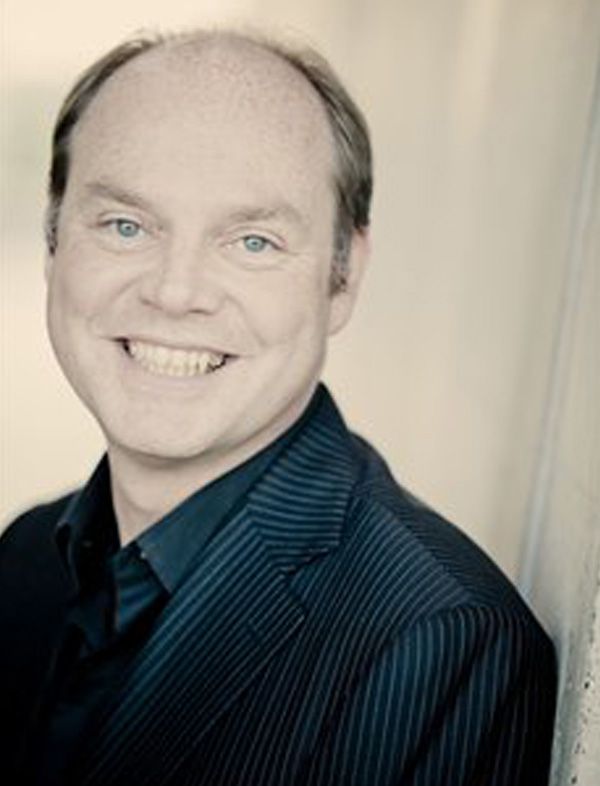 Dutch pianist Hans Eijsackers teaches at the Royal Academy of The Hague, and since 2013 he has been a Professor of “Liedgestaltung” at the Robert Schumann Hochschule in Düsseldorf. Next to this, Hans Eijsackers performs as soloist, chamber musician and song accompanist. He toured Italy, Russia and the Far East. In 1993, as well as 1994 he received the medal of the Friends of the Concertgebouw. As part of the Concertgebouw “Rising Stars” programme, Hans played in Wigmore Hall, London, the Musikverein, Vienna and Carnegie Hall, New York. His recordings of the clarinet sonatas by Reger and by Brahms with Lars Wouters van den Oudenweijer received international acclaim and the cd ‘Auf einer Burg’ with Henk Neven was nominated for a Grammy Award. More recently, the cd, 'The Sea', with songs by Schubert, Debussy, and Fauré was released in 2012, followed by 'Rêves d'Espagne'(2016) and 'From Russia with Love' (2018). Hans regularly appears in European Festivals such as Dubrovnik, Proms and the Holland Festival. He was artistic director of the Uitgast Festival in Lelystad (The Netherlands). He was also invited to give concerts, masterclasses and lectures in Surabaya, Indonesia. In 2018 he was engaged in a succesfull project together with noted mezzosoprano Christianne Stotijn with theatrical concerts in Belgium and Holland.